The Complete Guide to Animatics 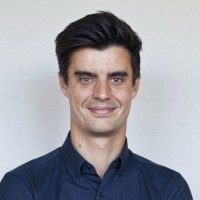 Animatics are a vital part of the pre-production process. Learn about animatics, how to use them, and why they're so important to film and animation alike.

What is an animatic?

Animatics are used in television programs, animation studios, live action productions; you name it. Anywhere you see a sequence of shots, an animatic has likely been part of the pre-production process. Originally, animatics were created by filming drawings with a camera, then editing the film to various scenes. Today you can create animatics in Photoshop, After Effects, or specialist animatic software like Boords.

Learn more about the basics of animatics

How do animatics differ from storyboards?

Animatics use the same images as storyboards, but stitched together as a sequence of shots. They're rendered as video, with sound effects.

A storyboard becomes an animatic in Boords

Animatics and storyboards share the same images, but that's about it. An animatic is all about timing images and sound to create a glimse of the finished piece.

How to make an animatic

How do animatics differ from a final animation?

Animatics use low-resolution images to convey the timing of a piece of moving image, rather than the polished final piece. Making changes to a final animation can be time consuming. A well considered animatic allows you to explore ideas without needing to worry about getting everything perfect first time. Animatic vs Final animation

What's included in an animatic?

Although animatics aren't polished pieces, you'll want to indicate things like camera movement, transitions effects, and character movement. This is typically done through the use of arrows to indicate direction in the finished piece.

The goal of these techniques is to quickly show your intention for a shot, without needing to go to the trouble of creating it. A good working knowledge of moving image shorthand will stand you in good stead.

Create animatics automatically from your storyboards.

With our online animatic maker you can add frame timings, audio, and subtitles, then save to MP4 or After Effects.
Try Boords Free
Templates
Learn
Product
Company & Legal